SEXUAL HARASSMENT IN THE WORKPLACE

Recovering Money Damages Against Your Employer for Sexual Harassment

Sexual Harassment is when a person makes continued unwelcome sexual advances, requests for sexual favors, or unwanted physical contact that is offensive and lewd. At The Law Offices of Kevin R. Madison, P.C. we vigorously pursue cases against employers who are the business owners and high-level supervisors for sexually harassing their employees. Mr. Madison has successfully pursued cases against doctors, lawyers, and business owners for sexually harassing their employees by making repeated lewd comments to them and/or by groping, molesting, or sexually assaulting them. 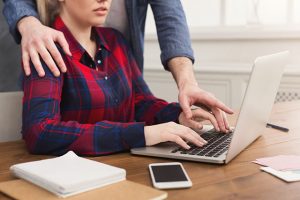 In Texas it is illegal for an employer to even touch an employee in a manner that would be considered offensive or provocative by a reasonable person. Mr. Madison has successfully obtained monetary (money) damage recoveries against doctors, lawyers, business owners, and others who have molested their employees by kissing their employees, touching their employees’ buttocks or breasts, and by making repeated and unwelcomed lewd statements of a sexual nature. Additionally, we pursue claims of assault against employers and business owners who strike or unlawfully touch their employees. We pursue legal claims against persons who molest or assault their housekeepers, nannies, staff, and domestic servants.

There are cases in which a person may be a victim of a Sexual Exploitation although they actually consented to having sexual relations with the offender. These cases involve relationships of trust and power, such as:

Mr. Madison has successfully sued and obtained money recoveries against several prominent doctors who sexually molested and exploited their patients. One of these cases involved a Dallas physician (Dr. Chitali- Dallas Morning News), who was sexually molesting his female patients while they were under anesthesia. Mr. Madison exposed this physician as a sexual predator. After this case came to light, this doctor was convicted of Sexual Indecency, was sentenced to jail, and lost his medical license. This former doctor is now a registered sex offender. 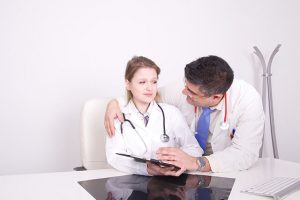 In these situations it is not uncommon for an unscrupulous predator to exert their power and control over their patient (or client, or student) to coerce the other person to “consent” to a sexual relationship. Although the victim may have “consented” it is a consent that the law may not recognize as being legitimate and this may give rise to a civil claim for Sexual Exploitation. Situations that we commonly see are doctors, therapists, and psychiatrists coercing their patients to have sex with them under the guise that it is part of therapy or will assist them in treating the patient’s mental condition. We have handled several cases involving female patients who were molested by their ob-gyn doctor during gynecological exams. Other situations may involve unscrupulous lawyers who offer to waive their fees in return for their clients having sexual relations with them.

At The Law Offices of Kevin R. Madison, P.C. we may be able to assist victims of sexual exploitation in asserting a civil claim for damages against:

Becoming a victim of sexual exploitation can mean a lifetime of pain and recovery. Though you may survive the abuse, you will never forget the pain and feeling of betrayal when you are exploited and abused by your mental health therapist, psychologist, social worker, doctor, or family counselor. Most survivors of sexual exploitation suffer from long-term trauma and post-traumatic stress disorder that result from being victimized by sexual exploitation. Whether you were exploited by an acquaintance, a trusted professional, or a stranger, you have the right to pursue a civil action against your abuser. At The Law Offices of Kevin R. Madison, P.C. we are dedicated to helping the survivors of sexual exploitation and sexual harassment assert their rights and collect the financial compensation they deserve.

Get a FREE Consultation


Call Now
For more information about our services, or to speak with an experienced lawyer, please contact The Law Offices of Kevin R. Madison, P.C. at (512) 708-1650 for your FREE and confidential consultation. We have an experienced RN (Registered Nurse) on staff.